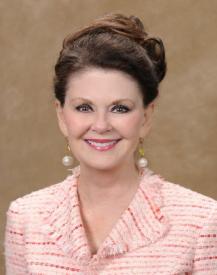 Jan Collins was named Executive Director of the Madison County Business League & Foundation in 2009. Mrs. Collins graduated from USM with a BS in Marketing. Upon graduation, she entered the executive management training program with McRae’s Department Stores. During her years of employment with McRae’s she held numerous areas of responsibility including area store management and merchandising. As Better Updated Ladies Sportswear Buyer, she traveled to many domestic, European, and Asian markets, where she assisted in designing private label merchandise for Frederick Atkins Wholesale in New York. After McRae’s, she worked with Dillard’s Department Stores in various management positions. Mrs. Collins had four years of non-profit organization experience with the Madison County Foundation from 2004-2008.
Gov. Phil Bryant appointed Mrs. Collins as a Consumer Member to the State Board of Nursing in 2015. She formerly served on the USM Foundation Board from 2011-2015 and currently serves on the USM Trent Lott National Center for Economic Development & Entrepreneurship Advisory Board. Selected as one of Mississippi’s 50 Leading Business Women for 2011-12, she now serves on the 50 LBW Advisory Board. She was recognized by the Business Journal in the 2018 Top CEOs in MS. She is an active member of the Madison Ridgeland Rotary Club and a Paul Harris Fellow. Since 2012 she has been a volunteer for the American Heart Association serving on the Mississippi Advocacy Committee and Chairman of the Metro Jackson AHA Go Red for Women Circle of Red and Passion Committee. Professional organization membership includes the MEDC, MEC, and PWA. Mrs. Collins is a member of the Greater Jackson Phi Mu Alumni, Madison County Republican Party, Madison County Republican Women.