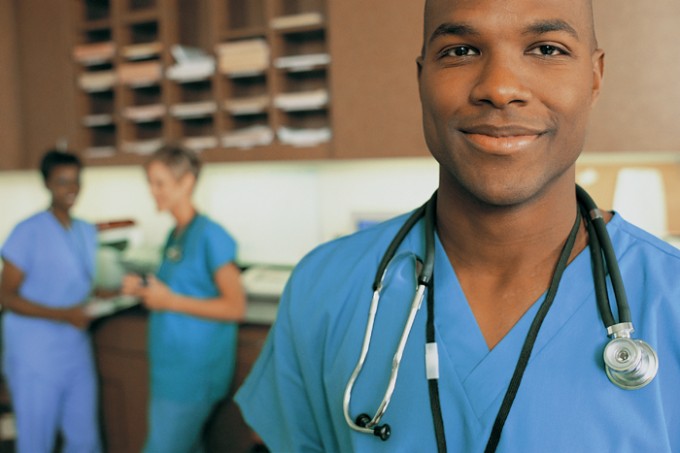 What Does it Mean to be a Nurse?

The challenges and rewards of our profession

Judging by all the stories about desperately understaffed hospitals, anyone would think there aren’t enough nurses. It’s true the average American hospital falls short of the nursing staff it needs by at least 10 percent. Many facilities offer signing bonuses, attempt to coax nurses out of retirement, and recruit them from abroad. The public is led to believe there is a vast shortfall in the supply of nurses. Wrong! Or, at most, only partly true. There are plenty of nurses, it’s just that many of them aren’t working in hospitals. They work for insurance companies, become malpractice paralegals, or sell real estate. We are all aware of the downside of nursing today. Sometimes disillusioned nurses burn out and leave the field

Recent measures to attract more students to nursing programs are only part of the solution. Nursing programs lack enough qualified teachers to produce a healthy supply of nurses. Many graduates leave hospitals once reality hits them. Plus, young people are not quite as interested in nursing as they once were, given today’s many other options.

The image of nursing has also been in transition for decades, partly due to the media images that influence our world view. Nurses were once defined by their dedication and rigorous training. In 1900, my grandmother wanted to be a nurse, but this meant leaving her genteel Irish family to train in distant Dublin for a profession that wasn’t considered “proper” for a well-brought-up lady—so she married instead. At least nursing was considered a “calling” in those days, a vocation to which one made a serious commitment.

During the first half of the 20th century, nurses were respected, hailed as heroines in times of epidemic and war, and featured on LIFE magazine covers. In recent years, the media has cheapened nursing. We are portrayed superficially and unrealistically in sitcoms, soap operas, and over-the-top dramas. We nurses haven’t always helped enhance our image, either. But every profession has its drawbacks and what occupation doesn’t have a downside?

In an era when almost one-sixth of Americans lack health insurance, when some form of universal healthcare is under constant discussion by politicians and the public, and when healthcare costs are skyrocketing, nurses are more pivotal than ever. The stability of our complex healthcare system depends on a steady supply of well-educated nurses.

Today, the public’s reassessment of the nurse’s vital role in healthcare delivery is once again making nursing an attractive and rewarding career choice. Nursing will be taken more seriously as an essential profession as our demographics change. More nurses are now entering the profession later in life, transitioning from other areas of work and bringing maturity, strength, and new perspectives.

The tipping point is being reached as boomers—both nurses and patients—demand changes and improvements in healthcare. This generation, more assertive and educated than previous cohorts, will also age in greater health and thus help offset the demand for nurses.

There are many positives. In what other job would we meet thousands of people from every walk of life—an incredible cross-section of society—who need and want us? Or be able to move from one end of the country to the other and still find ourselves in demand professionally? Or re-enter the field as our life situations change after years on the sidelines? We can work part time, get paid to upgrade our skills, and move laterally to new areas such as research projects, Armed Forces nursing, and travel nursing. A nursing career gives us an inside track on coping with health problems, too. We know how to ask the right questions, access information, and put that information to work as we advocate for others.

Nursing is rarely boring or predictable. In few other professions are we present at life’s most momentous events, from birth to death, from crisis to recovery. For those who thrive on variety and the full spectrum of the human drama, every day brings a range of new situations. Our profession usually involves physical exercise, always good in moderation, as opposed to sedentary desk work. Nursing is the kind of job where we usually don’t have to take work home with us, though we may have to stay overtime and will certainly take home emotional baggage, at least on occasion.

It’s the kind of job where the results and rewards are often immediate. As opposed to careers where employees co-write reports that pass to higher level committees, which then consider them before they disappear forever into the depths of the organization, nursing allows us to get that analgesic to a patient, help him make that phone call, and explain to his loved ones why he needs a particular treatment. We are essential not only to patients and their families, but also to doctors, who rely on us for vital information about their patients’ conditions.

We make a difference, sometimes just by listening to someone for a few minutes or answering a simple question. What may be routine for us is a matter of life-and-death for patients and we can demystify the hospital structure for them. I remember an ER patient who lay shivering on a gurney, unaware that she had only to ask and we would find her another blanket. Another patient, on her way home in a wheelchair, detoured to find the nurses who had looked after her to thank them. As nurses, we often forget that what is familiar to us is a frightening new environment for patients, where they feel helpless, vulnerable, and overwhelmed.

While each of us sees hundreds of patients in the course of a year, patients often remember us individually as key to their recovery or care. Most of us have been recognized by a former patient whom we fail to remember. “There’s my nurse!” exclaimed one man, months after he had left the hospital. He spotted me in a corridor while he was visiting a hospitalized friend. I was embarrassed at being unable to place him, but tried to convey sincerity as I asked him how he was doing.

As nurses, we can look back and say that our efforts are effective, practical, and make a difference. Maybe not every day, maybe things don’t always go smoothly, and maybe we aren’t always perfect, but we can enjoy the satisfaction of knowing that at least we tried, and sometimes fought well against all odds. How many other professions can make such a claim?